As more people have to stay home and watch TV, Dennis Broe reviews some current TV series from the U.S., Britain and Iceland, showing how they both expose and conceal real social and economic injustice

The best network series in what might be a season cut short by the coronavirus is ABC’s For Life, a combination prison/court room drama about an innocent African-American inmate sentenced to life imprisonment for being a drug kingpin. The series is based on the true story of Issac Wright Jr., a New Jersey inmate who used his time in prison to become a legal counsellor and claimed to have freed 20 unlawfully jailed prisoners. 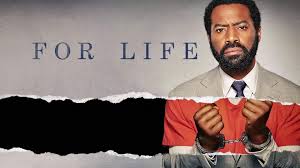 Similarly, Aaron Wallace, a club owner – as Wright was a promoter who claimed he put together the Latina Girl Group The Cover Girls – is jailed by an ambitious and corrupt Illinois prosecutor, Glen Maskins, who is running for Chicago District Attorney. In order to free himself Wallace studies to become a lawyer, takes the bar, becomes the legal representative for the inmates and begins an aggressive campaign against the would-be DA, attempting to prove a pattern of faulty convictions.

For Life is a brand new approach to the courtroom drama genre, by crossing it with the prison series and by emphasizing the unfairness of the legal system and the ways African-Americans, Hispanics, and poor whites are caught in the crosshairs of a system that presumes them guilty from the start. This is a system where tainted evidence and lack of investigation characterize the actions of both prejudiced police and politically ambitious prosecutors.

It is stirring to watch Aaron – who changes each week out of his orange prison jumpsuit into the tailored suit of a lawyer and then appears before a judge –masterfully arguing his cases. By being in prison and having access to the stories of inmates, and through his own interaction with the law, Aaron is able to take into court a point of view and perspective on the legal system the lawyers on the opposite side of the courtroom do not have.

He is also accused of cutting corners himself, in his defence of the inmates. On being confronted with this by a liberal female warden who is on his side he answers that with all the obstacles against him, it is up to him where to draw the line. The ultimate statement about his predicament occurs when he is reprimanded by a black cop who he asks to illegally obtain his police file, which he is barred from seeing. To Aaron’s declaration that the procedure is unfair, the cop replies “You should have thought of that before….” Aaron interrupts him with, “Before what, I decided to be black in America?” The cop folds under this logic and grants Aaron his request.

The show was produced by 50 Cent, Curtis James Jackson III, a victim and perpetrator of street violence who was arrested for dealing and was once shot nine times before establishing a highly successful career as a rapper. He wanted to tell Wright’s story and Wright himself is grateful he was able to address the wrong in his own situation. He hopes that the show will be “a beacon of hope and inspiration” for the “thousands of people” wrongly incarcerated that he left behind. . 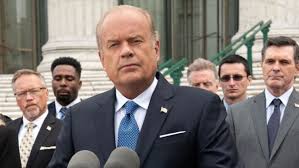 The series is tightly constructed and owes something not only, of course, in the prison context to the landmark HBO series Oz but also to a short-lived courtroom drama from last season called Proven Innocent, where the female Caucasian protagonist becomes a lawyer to escape her own wrongful conviction, and then after being freed becomes an advocate for the underprivileged. She is pursued by a bullying prosecutor (Frazier’s and Boss’s Kelsey Grammer), also running a political campaign, who put her in prison and wants to put her back behind bars. The character of the prosecutor especially owes much to this Fox series which that network quickly dropped. I wonder why?

For Life ups the ante by having its protagonist still in prison and battling to get out, and most crucially by adding the element of that most incarcerated class, black men. Their imprisonment is often not based on guilt or innocence but on a systemic need to discipline a recalcitrant and rebellious population, and to fill the jail cells of a multi-billion-dollar industry that has become a boondoggle for private enterprise. In the Bible, Aaron is the older brother of Moses, who leads the Israelites out of their bondage in Egypt and to freedom. Each week this Aaron attempts the same for an large ethnic group within the American working class, for no reason other than prejudice and profit.

Twisting the truth through twists in the plot

Alfred Hitchcock talked about the differences between what he called coincidence and suspense. Coincidence was the result of a poorly constructed plot, involving a mystery that seems to simply assemble random events and betrays its own shoddy construction. Suspense, on the other hand, meant involving the audience in a series of events that gripped them and made them a part of the plot because they knew what the characters were going through.

In the era of peak and binge TV, a contemporary buzzword is “twisty.” The word has a positive connotation and indicates not just a surprise ending (as in such films as The Usual Suspects and The Sixth Sense) but rather a continual series of surprises constantly shocking the audience. 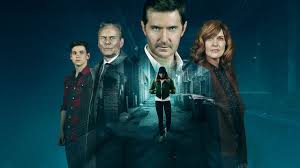 Two contemporary Netflix shows, the British series The Stranger and the Icelandic series The Valhalla Murders, are both “twisty” but for radically different ends. The Stranger’s “twists”, akin to coincidence, are simply the sparkplugs of an addictive plot driving the story forward for no reason other than propulsion. The Valhalla Murders, on the other hand, is made up of a series of twists akin to suspense, with each taking the audience deeper into and ripping the curtain off the layers of corruption that infect Icelandic society.

The Stranger is based on a Harlan Coben novel, with Coben as executive producer. The catalyst for the story is the appearance at that most quintessential bourgeois parenting event the kid’s soccer game of a mysterious woman in a baseball cap who reveals to the father of one of the participating boys that his wife has faked a pregnancy and that his two sons may not actually be his. The show centres around lineage, with the father the wronged one in this danger to the succession of patriarchal power.

This mini-series is indeed “twisty” with a new reveal coming not just at the end but generally at about every quarter of each episode. Without revealing these plot turns it is important to note that at the end of a supposed questioning of middle-class bourgeois customs, that order is restored and the sanctity of the bourgeois suburban marriage is reaffirmed even though much of the show has at least summarily questioned it. So they are addictive twists, for the purpose of dragging viewers along with them for commercial reasons, but with almost no interest in questioning what lies behind a trail of deception and violence. 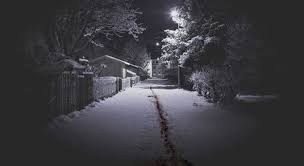 The Valhalla Murders on the other hand is the complete opposite, though it begins in much the same clichéd way. That most reliable of staples, the serial killer, is the antagonist in this drama about two Icelandic police officers tracking a bloody trail that leads to a now boarded-up boarding school, as the former instructors in the school are being gutted and the police have no clue why. The series is based on the first serial killer case in Iceland, and the first half of the series treads familiar Silence of the Lambs ground.

However, the serial killer plot is surprisingly resolved at the midpoint in the series and at this point it becomes much more interesting as the two cops investigate other possible roots of the violence of the boarding school and as the trail climbs ever higher in the judicial and state hierarchy. ‘Valhalla’ in Nordic mythology is a warriors’ heaven ruled over by Odin, wise but also a vicious warlike figure associated with death. The boarding house is a Valhalla where its young warriors are initiated into an unfair battle that has ruined their lives and made living corpses of them, as they die prematurely or wander aimlessly in jobs that simply occupy their time. They are casualties of a brutal abuse of power.

The twists and turns in The Valhalla Murders deepen the critique of a society that is willing to look at its flaws. In contrast, the twists in The Stranger work to conceal the flaws of an oppressive and exploitative society – instead of exposing and examining them, they are presented as an ever-spinning addictive spiral that obstructs the viewer's critical reflection.