Taught to children in schools up and down the country, the evacuation of Dunkirk is ingrained into the very culture of Great Britain. Images, paintings and newspaper clippings which tell the story of 400,000 British troops attempting to retreat from France with the enemy closing in on all sides has become nothing short of iconic.

The zeitgeist of this timeless story has a new addition brought to us by director Christopher Nolan - the auteur responsible for the likes of Momento, the ground-breaking temporally-shifting memory drama and The Dark Knight trilogy, which re-wrote the genre handbook of the super-hero movie. 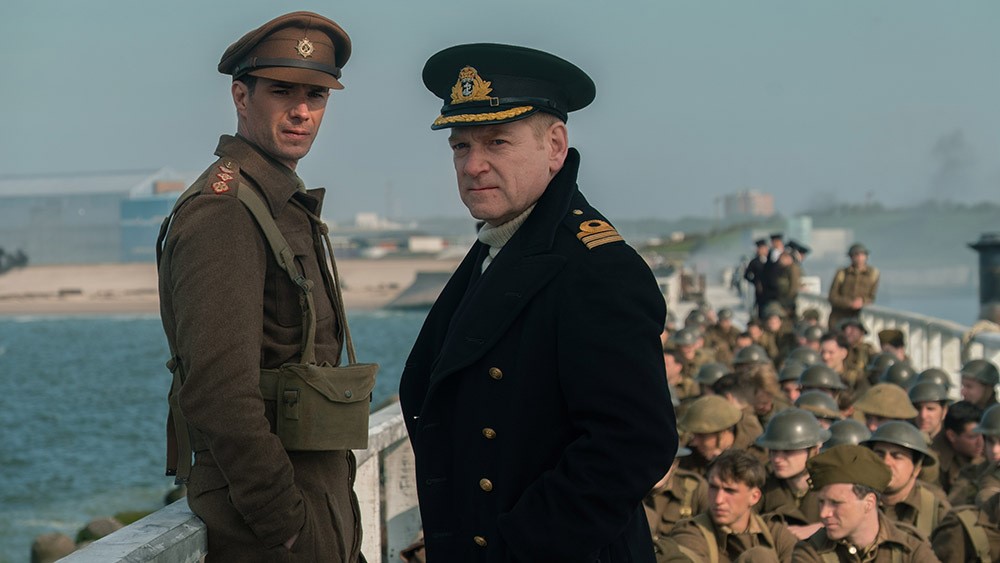 In his first feature since 2014’s sci-fi epic, Interstellar, Nolan’s depiction of the Dunkirk evacuation follows several intimate stories that weave into an equally grandiose narrative. Much like Interstellar, the scale of this film is awesome; ‘awesome’ here being used in the original sense of the word whereby it fills the viewer with an irrefutable sense of overwhelming vastness and in this case, dread. Though this film’s backdrop is not measured in light years but by the comparatively short distance of the British Channel, Nolan does a remarkable job of building this world to feel both enormous and close, really synthesising the desperation of the ‘so close but so far’ mentality of his characters.

The characters of Dunkirk in a sense both make and break this film; the young, predominantly unknown actors who play the British boys attempting to flee the beach show real talent and indeed, the casting of pop-star Harry Styles is far more than a needless cameo - he genuinely delivers an emotional, believable performance. Having said this the characters these boys play are very much blank slates with little real personalities - perhaps this is a comment on the toll the war has taken on the boys or a suggestion that they are simply pawns in a greater game - but nonetheless something feels lacking. Whatsmore the casting of Sir Kenneth Branagh and Tom Hardy feel somewhat wasted on characters with basic dialogue and limited screen time.

When it comes to Dunkirk’s set pieces and cinematography however, the film really does become a fiercely visceral experience. From its vicious establishing scene, Dunkirk is inherently unsafe. The way Nolan’s camera plays with distance is synonymous with the film’s beauty. The extreme close ups used in times of imminent danger are terrifying and induce a very real form of claustrophobia upon the viewer. One shot in particular perfects this idea and sees the young private, Tommy covering himself like hundreds of thousands of other soldiers on the beach, the viewer is suspended as the enemy bombs hit the sand progressively closer. Equally, the vast sweeping shots of the epic set pieces, of the endless beach and the at-times seemingly infinite Channel along with the aerial tracking of the spitfire dog fights are profoundly beautiful. Nolan constantly reminds you of both the large scale and intimate implications of the bitter war with these simple examples of incredibly intelligent filmmaking.

Strange though it is to write, while what is shown on camera works well to set a sinister scene, it's also what isn't shown that creates Dunkirk’s dark aura. The film deals extensively with the theme of absence, reflecting all of the characters: those boys without safety, without home, without hope - and debatably the most eerie absence is actually that of a physical enemy. Throughout Dunkirk’s smidge-over hour and a half runtime you almost never see an actual human enemy, often teased only in gunfire from afar. This unnerving use of absence along with Hans Zimmer’s urgent ticking score creates an incredibly unsettling disoriented sense paranoia.

At times Nolan’s desire to disorientate the viewer however, only results in confusing them and this is perhaps one of the ways in which Dunkirk unravels itself slightly. Throughout the narrative we follow three stories, the boys on the beach, the pilots in the air and the heroes from home racing across the channel, but these stories unfold not only at differents point on the map but in alternating time frames as well. These totally different temporal narratives are deeply jarring - and perhaps this is the intention but it does often feel incoherent and frustrating to watch. Disappointingly, this disruption frequently drags the viewer out of the otherwise immersive, horrifying and sentimental journey.

You will likely read reviews, a lot of reviews, that profess this film to be Christopher Nolan’s panicle – the best film he’s ever made; don’t be fooled - it’s not. But regardless of its flaws, not only is Dunkirk a visual masterpiece, it is inevitably destined to become a classic of its genre, if not the one of the defining British war films. Dunkirk builds beauty out of tragedy in the carnage of war. It stands as both a remarkable and brutal exhibition of the greatest military evacuation in history and a strong salute to British wartime spirit.

Michael Roberts is Festival Producer of the Cornwall Film Festival.

Dunkirk: Keep Calm and Carry On?