As England prepare to take on Colombia tonight, Philosophy Football’s Mark Perryman outlines what we can look forward to. He discusses the potential of modern football for communicating anti-racist messages, and offers some advice to Jeremy Corbyn's Labour Party about developing a cultural struggle to run alongside the labour movement's political and economic struggles. This involves adopting a political practice which is rooted in popular culture, where ideas are formed – and changed.

The last time England got to this stage at a World Cup there was no happy ending. A 4-1 thrashing at the hands of Germany at South Africa 2010. Well at least we know that isn’t going to happen, Auf Wiedersehen before the postcards, ouch!

Though it might not do to be too cocky. England have a decent record in the last sixteen, when not up against a top tier football nation. Beating Ecuador at World Cup 2006, Denmark in 2002, Belgium in 1990, Paraguay in 1986. But out of that lot the only time we then made it past the quarters to the semis was when at Italia’90 after beating Belgium in the last 16 we faced Cameroon, rather than a higher-ranked team.

This is what makes the Russia 2018 campaign so mouth-watering a prospect. Beat Colombia and the quarter will be against Sweden or Switzerland. And with Spain dispatched England’s semi-final opponent would be Russia or Croatia. Arguably there has never been a World Cup like it for sending well-fancied former tournament winners home early, Germany now joined by the last sixteen exits of Argentina, Spain, and reigning European champions, Portugal.

But again, let’s not get ahead of ourselves. Since England’s last World Cup semi-final appearance 28 years ago, quite a few non top-tier football nations - Bulgaria, Sweden, Croatia, Turkey, South Korea, Portugal, who have never won the World Cup or played in a final - have made it this far. England’s world standing never moved on after 1990. In the almost three decades since then, we have fallen behind others, and in the recent past have slipped back still further. Thus Columbia, Sweden, Switzerland, Croatia and Russia can’t be taken as lightly as some might assume.

All those fancied teams going home early has certainly opened up the tournament, but something else has happened too. No African team has made it into the last 16. Pelé’s prediction that an African team would win the World Cup by 2000 looks as far away as ever. And with only Japan making it through to the last sixteen, despite their plucky performance against Belgium, their eventual defeat means the same goes for Asia too. Football is a truly global game, but the very top level remains a European-Latin American cartel, with little obvious sign of that changing.

Since the beginning, the World Cup has been won by a remarkably small number of teams. Apart from Brazil, Germany and Italy plus Uruguay’s rather ancient 1930 and 1950 tournament wins following England’s one and only triumph, newcomers Argentina have won the trophy twice, in 1978 and ’86.

Three tournaments later, host nation France lifted the trophy for the first and only time in ‘98, and another three tournaments later Spain did the same in 2010 but not again since. After the exits of Germany and Argentina, and the failure of either four-times winners Italy to qualify or Holland - who hold the unenviable record of making the most appearances in a World Cup Final without winning it - the best possible outcome from Russia 2018 would be for a nation that’s never won the World Cup to lift the trophy. Or England, of course!

World Cup winners may be more or less unchanging yet something else has changed, for European teams in particular. When England won the World Cup in 1966 the team was all white. 24 years later and the team that lined up once again to face West Germany in the ’90 semi-final included just two black players, Des Walker and Paul Parker. Another 28 years on and of the England team to face Columbia tonight more than half the line-up will be black or mixed race. And what is true of England is also true for France, Belgium, Switzerland, Germany and Portugal too - all teams made up of a patchwork of the nation’s migrant communities .

Of course the meaning and effect of all this can be overstated. At France ’98 Zinedine Zidane led arguably the greatest multicultural team of all to World Cup triumph, and two years later the same at Euro 2000. But in 2002 Jean Marie Le Pen makes it into the final round of the French Presidential Election for the first time ever, polling almost 20% of the vote. And in 2017 Marine Le Pen achieved the same, this time attracting a third of the popular vote.

But the point is that a St. George Cross draped in the colours of multiculturalism has at least the potential for the beginnings of a journey away from racism. It has a reach and symbolism like no other, touching the parts of a nation’s soul no anti-racist placard thrust in our faces is ever going to.

This is the meaning of modern football, and when England begin to scale the heights of 2018 World Cup ambition the reach of that message is amplified still further on a scale and in a manner that ’66 could never have done, and ’90 barely began. A popular Left politics must surely connect with such episodes as metaphor, to translate what we see on the pitch into the changes beyond the touchline that we require to become a more equal and socialist society.

So here’s my advice for Jeremy Corbyn and his colleagues. If Labour cannot explain the meaning of the World Cup why should I listen to what the party has to tell me on how they’re going to fix the mess the NHS is in? A World Cup provides an unrivalled opportunity to illustrate occasionally hidebound points on race, nation and globalisation that touch upon the lived experience and emotions of millions who otherwise might not give such issues a second thought at best, and who might adopt a reactionary position at worst. Corbynism has this kind of popular communicative potential but to date has scarcely even begun to make these kinds of connections.

That doesn't mean the flimsy populism of Blair, when he adopted the ‘Labour’s Coming Home’ message after England’s last tournament semi, Euro ‘96. It means a political practice rooted in popular culture, because it's in popular cultures like football, more than anywhere else, that ideas are not only formed, but also changed.

Mark Perryman is the co-founder of Philosophy Football, self-styled ‘sporting outfitters of intellectual distinction’. Their England Expects T-shirt is available from here 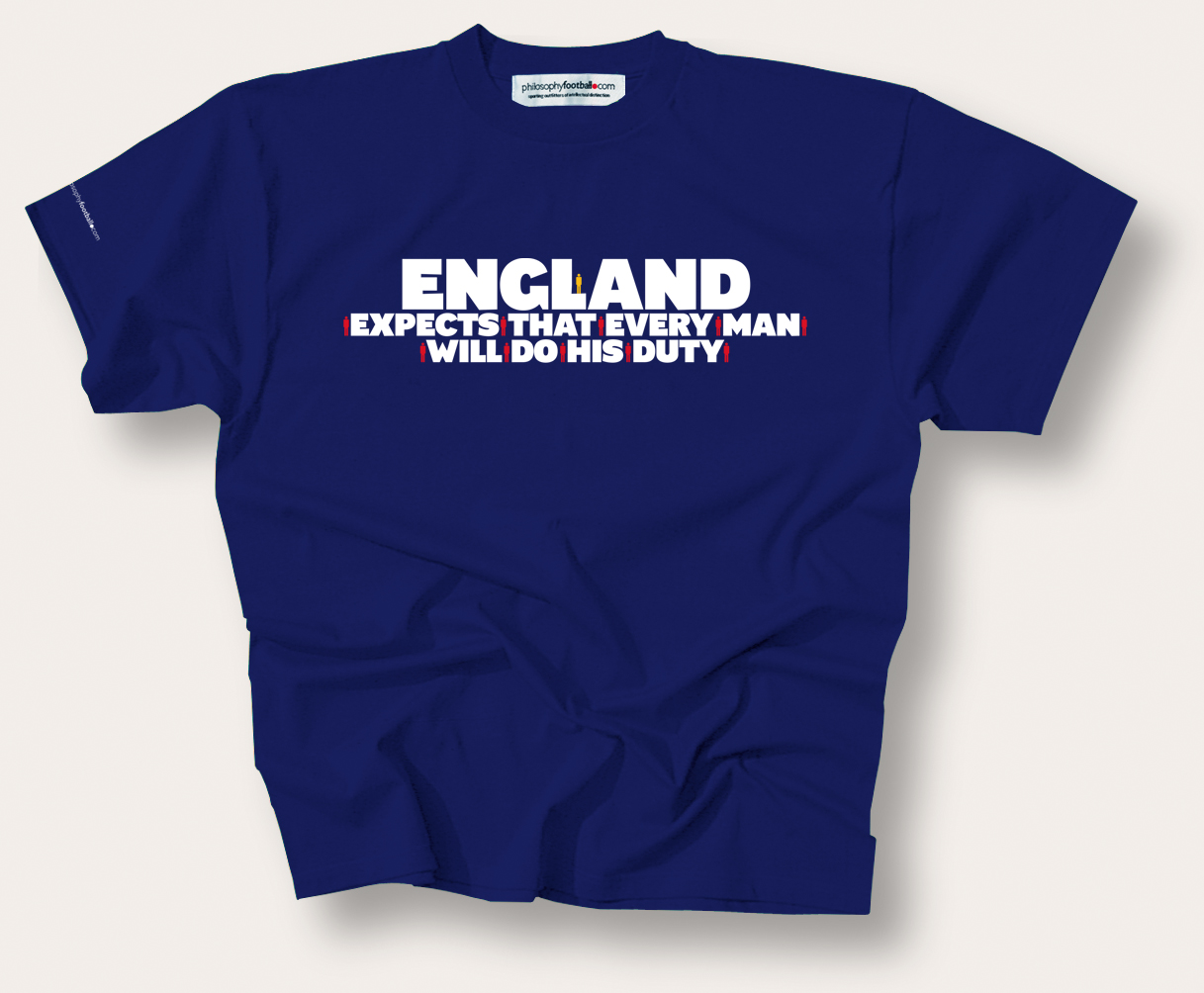 Mark Perryman is a writer and the co-founder of Philosophy Football.

The election: Statement by 117 poets in support of the Labour Party

The frackers are fracking off